In the 34th hot match of the Premier League, we will see Crystal Palace face Manchester City this Saturday.

In the last round of the Premier League, Crystal Palace was defeated by Leicester City in the second half and lost 1:2 in the final. 12 minutes into the game, Christian Benteke snatched the ball from midfielder Youri Tielemans, Eberi Eze passed to Wilfried Zaha, and Zaha broke through the offside and shot 1:0. Crystal Palace took the lead in the first half.

Manchester City was an away team in the last round of the Premier League and defeated Aston Villa 2:1. Only 21 seconds into the game, Manchester City lost possession of the ball and was scored by Aston Villa with a fast break, leading 1:0. Until 22 minutes, goalkeeper Ederson Santana started the offensive with a long pass, and David Silva made a bottom pass. Phil Foden scored 1:1.

In 40 minutes of the match, Silva assisted again. Goalkeeper of Aston Villa Emiliano Martinez made a mistake, Rodrigo Hernandez took a pass from Silva and flew header to an empty goal. Manchester City leading the goal by 2:1, and the result was until the end. 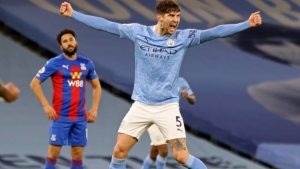 In this game, Crystal Palace faces the current Premier League leader Manchester City, and the winning rate is not high. Don’t miss this hot match! Check out more about the W88 sports news, odds, latest promotions, and more!