The Premier League round 5 hot matches between Everton and Liverpool will take place. This is not only a match for Merseyside derby but also a challenge for the current Premier League top spot.

Everton got a really good result in the Premier League this season. Under the coach, Carlo Ancelotti, the Colombian star James Rodriguez, and the forward Dominic Calvert-Lewin have an excellent performance. They lead the team to the top of the Premier League after 4 matches.

However, Liverpool has had a poor result in recent matches, especially the 2:7 defeat of Aston Villa last Sunday, which is surprising.

Liverpool suffered a series of unexpected blows before the game: midfielder Thiago Alcantara and Sadio Mane have tested positive for COVID-19. But the biggest blow to Liverpool was the main goalkeeper Alisson Becker who is out with a shoulder injury suffered during training. 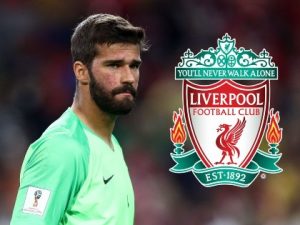 The reason why goalkeeper Allison contributed so much to Liverpool’s offense and defense is that he not only has excellent position selection awareness and goal-line skills but also has great backcourt coverage and precise passing ability. But backup goalkeeper Adrian is different. The Spanish goalkeeper has good goal line skills, but he is very cautious in his choice of attack and will never leave the small penalty area and goal easily.

In less than 5 minutes after the start of this match, Adrian made a low-level error and was scored by his opponent with lightning. After the game, coach Klopp admitted: “Alison‘s injury may last for 4 weeks, and it is even more likely that he will be back in 6 weeks.”

In the absence of goalkeeper Allison, can Liverpool win back in this Saturday’s challenge to Everton?