In the 7th hot match of Premier League, Burnley will play against Chelsea at home court this Saturday.

At the end of the Premier League on Monday, Burnley played against Tottenham at home court, losing 0:1. Facing a strong team such as Tottenham, Burnley held the game until 76 minutes before he was given a chance. Lamela took a corner kick from the right and was assisted by Harry Kane. Son pushed into the penalty area.

Burnley was ranked 10th in the Premier League last season, and his overall performance was impressive. Moreover, this new season, Burnley is 0-1-4 record, ranking 19th, and won the only victory in the English League Cup.

Burnley’s offensive ability has always been mediocre. The forwards were not as good as they were at the beginning of the season. Only Chris Wood scored a goal. Phillip Bardsley was diagnosed with COVID-19 earlier, and he is still unable to play the match. In addition, midfielder Jack Cork and Ben Mee are both missed due to injury. 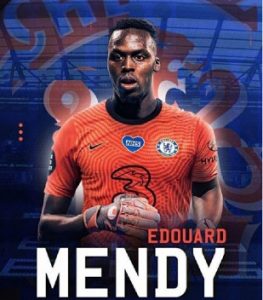 This summer, Chelsea spent £21 million to select Mendy as the new goalkeeper. In the 4 games Mendy played for Chelsea, he only lost 1 goal against Tottenham in the League Cup.

A few days ago, Chelsea announced that a goalkeeper Petr Cech who had retired last year and entered the Premier League squad. According to reports, Mendy was Cech‘s choice. He had personally participated in Chelsea training many times before to give Mendy help. If Mendy can solve Chelsea’s goalkeeper troubles in one fell swoop, the team will have more hope for the new season.